After Autochthon and the watery hold of the cavern with its gold and silver doors, the light and sound and smells of the city of Citrus and Sea is something of a surprise, a small assault on the senses.

And the Sidereal Exalted, Sanito Mundum, greeting them at the doors, welcoming them, saying he knew they would arrive, but not when, and was gladdened that they did.

They were filled with alarum and strangeness, and they threatened the Sidereal, and did not deign to speak with him. He departed, leaving them in the care of a city guard captain, Hopeful Bent.

When we arrive at the cavern, I know.

Not that the ocean is near. That is something I feel. The tang in the air, the old songs of home/not home. Not the waters of the cave, afloat with human decay in the light/not light of a cube that stinks of ancient betrayal. That fear-stink is distant.

The Realm sailors used to pay to use my mother. Afterwards, they would sit on the porch and tell tales of the sea. One of them told me that the deep-water sharks can smell a man’s shaving-cut in an entire bay of water.

What I know…is that one of us is going to die. It’s singing in the water like a dirge for a death already done. It’s in the face, there in the dark water, the dead one grinning with fish between his teeth like Grayn’s incomprehensible humor.

When the doors open and the sea air rushes in, I remember a poem…I’ve never learned.

The Calibration Days struck five times. . .and they were a spade
knocked five times against the earth.
. . .”It’s my turn!” I cried. . .
The silence answered me: Do not be afraid.
You will never see the last drop fall
that now is trembling in the water clock.

You will still sleep many hours
here on the beach,
and one clear morning you will find
your boat tied to another shore.

When the doors open and the fresh tang of the sea pours in, I smell it.
Far away in the headwaters of my heart, I feel it.
It is new.

Onyx removed her omnipresent hood, and her long kinky hair fell down in rings. She was Clarion Jet, and she had lived among the lemon trees by the sea. She had friends. They would go to these friends.

Sanction was beside himself that he didn’t have a son. The self beside his self was delight. Hadn’t he always known it was a daughter!

The Captain escorted them out of the shadow of the Tower of the Desert Anima, with its burning orichalcum and yellow jade eye making a second sun over the city.

In the streets, they were met by 3 women with swords and parasols, dressed in crimson with lemon adornment: Royal Guards. Their principal, Worshipping Monkey, greeted her husband, Hopeful Bent, with irreverent words and impeccable movements, smoothly releasing the man of his burden of Exalted, and granting them the limited benefit of the shade of great yellow parasols.

Inside the palace, recognized by Worshipping Monkey, Clarion Jet was taken quickly to see the Prince, Hasan Shamir. 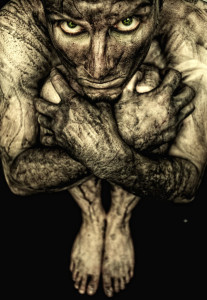 Meanwhile, out in the Decision chamber, left with the company of the king’s female guards, Sanction finally cornered Chain with one hand on his fish-cold arm in the hot, quiet air of Aj-Aran. Chain finally admitted what had been wrong all along. The owner of the eyes gone sea green in the young boy’s head finally spoke. He had things to get done. Important things. The blue eyes returned, filled with weight and exhaustion. Carrying the both of them was growing to be a feat beyond even his Exalted endurance. And when the Other became strong enough… when he had accomplished his goals, whatever violent ends they met, what then? 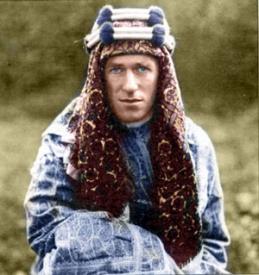 Meanwhile, Clarion Jet was greeted with open arms and wet eyes. They had heard she had been ambushed by riders of the Delzan Horde. The emissaries – public and secret – sent to the Clarion lands of the Infinite Plains had returned with word of her disappearance and presumed death.

The prince and the woman who was not a eunuch held one another, and small poems poured broken from the prince’s mouth until Clarion silenced him with her own lips.

They spoke in pieces of their difficulties and their mission and their quest to this foreign prince, the love of one of their members who had concealed her identity behind Exaltation and the facade of a Eunuch.

He told them of his wife, the Princess Arun, the Invincible Bright Tiger who was out on maneuvers, negotiating with the Silver People of the desert, who had become strangely difficult this year.

He told them, when they asked, of the continued remarkable asceticism of the king, and the change that had come over the Principle Advisor since a great loss a year ago. He told them of the terrible decline of the High Priest Virtuous Jade, the old teacher of Clarion Jet. He was attacked by members of a radical group, and some poison or magic overwhelmed the Priest’s prodigious nature and he had been wickedly in decline ever since, not expected to last out the next year. 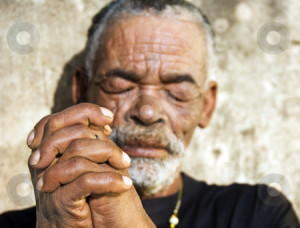 They went to consult with the old man, shrunken flesh on his once-mighty frame a difficult sight. Though his voice was thready, his humor was still alive, and the glitter in his dark eyes showed a remarkable man still somewhere in there. He quickly grasped the strange nature of Clarion’s return to Aj-Aran, and did not take it personally that they had come to ask him about someone else.

He told them of Sanito Mundum’s coming in advance of a formal call for his replacement, which would be done in the absence of a true Prince of the Order, remotely, from the Blessed Isle. He had gone over candidates, and although several of them were excellent, he did not believe that the expected canditate, the Exalted Prelate, Tepet Kunam was the right replacement for him. Tepet’s views on the Order were Isle-born and in keeping with an older order that saw many deaths and much sadness in the time of the current King’s grandfather, Hasan Han. There was a lower-ranking monk that he favored to take his place, a Simple Sun and although Sanito Mundum had clearly not concurred, he had agreed to attempt the succession as Virtuous Jade had asked.

Virtuous Jade acknowledged that Sanito Mundum clearly had his own reasons for being here, and that he had been nosing around the First Age buildings of Aj-Aran with more than casual scrutiny, but he had heard and perceived nothing that would set him to such fear of the man as they carried with them.

He suggested speaking to the Advisor, perhaps to the King, and certainly to the Crown Princess, the City of Thorns’ Invincible Bright Tiger.

Feeling driven by the fading of the long day of the First Day of the Calibration, they returned instead of to the palace and the waiting Prince, to the evacuated Manor below the Tower of the Anima. What prayers were once spoken in that place below the Tower, and did they provide something to the looming, terrible wall of Thorns or to the great burning eye above that had at some point been necessary?

Grayn walked easily through the sealed door, vanishing into a terrible white mist that fell to the floor like the shadow of a dead man.

Down in the dark, a light came to life, greeting them with SEGL taking more than efficient steps back up toward them, small wings fluttering with delight.

She had found a way, it seemed, to use the Beacon here and transit “locally through Creation” so that Autochthon would be less likely to interfere.

They piled into the Beetle, noticing the gentle breeches of the storage compartment were already filling back up with tiny fallen stalactites, crush limestone dust, and minerally water.

All of them shared the terrible conflict raging inside Clarion Jet: finally getting what you have been wanting for so long, and finding yourself pulled to pieces. Discovering that what you had built your life around was a sun-bleached castle built in the sand by a girl you no longer were. Not that the blue-eyed prince and his red lips and words made of diamond chips did not set you on fire in impossible ways, but…. And the knowing that all you wanted was a Princess with eyes like a tiger and the body of a warrior, and that even if you found her exactly as you had hoped, you trembled with the knowledge that it was only going to be the next wave overwhelming the little sand castle and dragging it back into the sea.

They were in another cavern, like a great bowl, with a distant yellow light glittering.

There were bodies in the gloom, unmoving, piled up like cordwood in the gloom. There was a smell of blood.