They negotiated a disturbing trade with Second Efficient Gathering of Loam (SEaGuLl).

They rested across the long warmth of the morning, and set off across the edge of the Sea of Grass toward the Port City of Rewan.

Evening approached as they made their way into the strange steppe-farms of the area and past several intentionally-burned buildings, which Sanction was able to perceive had ben burnt completely but naturally and therefore: intentionally.

The road wound its way between a pair of hills before opening down on the walled 1st-Age city of Port Rowan.

There they found a metal way-sign labeled “BoarPort”, with an intricately-painted mascot of a most disturbing character. 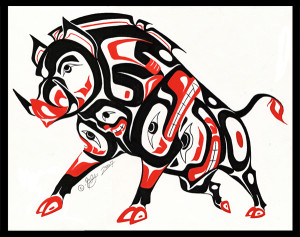 Passing beyond the shadow of the sign, they came in sight of the town, with its thick limestone walls, and several large ziggurats. Large gardens and unusual buildings marched across its internal landscape, and a round forest of date palms waved serenely in the wind blowing across the thick cliffs.

Water-ward (west), the sun flirted with the South’s coastal range, and  shadowy fingers reached out for them. In the distance, they could see the massive, canted face of the city gates beginning to close.

Their race into the city was only interrupted briefly by a spirit sent by the Night Driver to express to Grayn that the group’s message and warnings had been received and that the spirit would return to find him the next sundown for exchange of news and findings.

The stones’ descent seemed to slow as they made their way across the valley, and to boom suddenly closed behind them, trapping them in a dark and empty courtyard got out as a marketplace. 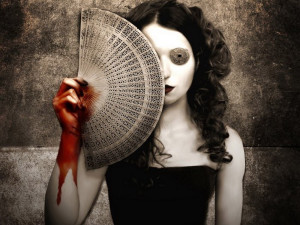 They were greeted by a semi-circle of men in white robes bearing staffs topped by paper lanterns glowing with a cheery light; at the center was a woman in a strapless black dress and a metal fan in her hand.

She welcomed their Exalted-ness to the community of BoarPort, and offered them the hospitality of the Public House.

if they needed guidance or were interested in the trade appointment that they made up on the spot with the Schola of BoarPort, they should seek out one of the Lighted Brothers in white robes.

The Public House was a strange open ziggurat amid public gardens and well-tended cane pools. Men and women raked leaves and cared for the grass calmly in the early twilight. It was super freaky.

In the Public House, Chain befriended a blond-haired, saffron-robed serving man who clearly spent most of his days diving off the coast and not tending the rooms and the makeshift pub.

Grayn confirmed that a ghost was guarding or haunting the fore of the inn.

The group, sans Grayn, fled for the concert at the Amphitheater.

A large, older dark-skinned woman had just finished a concert when they arrived. With disturbing consideration, there were pockets of open seats among the sculpted chairs and steps of the amphitheater. Thunderous applause convinced her to add just one more song to the set.

The musicians began, and the jaunty tune belied dark lyrics lying underneath. She seemed to glance altogether too often at their Exalted party.

Run fast for your mother, run fast for your father
Run for your children, for your sisters and brothers
Leave all your love and your longing behind
You can’t carry it with you if you want to survive

And I never wanted anything from you
Except everything you had and what was left after that too, oh
Happiness hit her like a bullet in the back
Struck from a great height by someone who should know better than that

Run fast for your mother, run fast for your father
Run for your children, for your sisters and brothers
Leave all your love and your longing behind
You can’t carry it with you if you want to survive

As she sang, she began to burn with a sapphire radiance, and the crowd burst into dancing and adulation, which seemed to flow visibly to the stage and through the Singer.

Sanction went wild with… something. He sprinted through the accommodating crowd to the top of the amphitheater where he began to dance in extremely complicated and formal forms.

As the song wound down, the singer exhorted them to run for everything they loved; the low ocean fog descended around Sanction, flushing with the violet intensity of his caution and delight. Chain followed him up the steps, watching warily. The mists flowed down the steps, hugging the ancient stone. The mortals it caught up slowed, settled and quickly … collapsed on top of each other. The mist washed against the edges of the ampthitheater steps and as the song ended, the Lighted Brothers and the dancers at the edge of Sanction’s circle of mist inhaled… and ran.

Silence settled, and Sanction, ‘masquerading’ as ‘Sinful’, confronted the singer. “Who are you, why are you doing this – ” and he gestured to the hundreds of people he had felled with a violet mist – “to these innocent people?” In the background, Brink leaped into the air, topping stage and amphitheater backdrop of cresting waves in a series of impossible Melatine jumps.

She told Sanction her name was Threnody and how she was sorry how things had gone for him, calling him “Adjutant”, and saying how much sadder he looked than she’d ever seen him in the Cerulean Lute of Harmony. A Sapphire halo encompassed her head as she focused on a struggling Chain who shook himself and mounted the remaining steps to be free of the mist beside Sanction.

She said she was gathering hope from these people to use in support of Creation. She rested her large butt on the edge of the stage as her musicians fled. She’d been called for by this Schola who rans things in the town now.

Threnody calmly chided a hidden assassin to “stop sneaking up on my friend and show yourself in the light” at which point a slight man, unfolded from the shadows of a small tree beyond the amphitheater and smiled a smile like a blade behind a curtain of blond hair. He was promptly ignored.

She knew things had gone strange here, which is why she’d agreed to come. She’d done what she could, and had an urgent appointment in the Shattered City, Chiaroscuro. She would leave some of what she gathered for Sanction, to help him. But certainly, given who he was, he would handle things now here, in BoarPort.

They had talked for longer than it could have taken for a response from the BoarPort community to reach the Amphitheater where hundreds of citizens had been rendered possibly-irreparably unconscious.

On heavy legs, she made her way out of the Amphitheater, turning into the darkness. A bubble of blue light held outside cause, effect, and time burst, and in rushed… Paean of a Wish-for Exultancy and a crowd of Lighted Brothers.

Time seemed to speed up, as though it had something to compensate for. Another cadre of Lighted Brothers arrived from the other Amphitheater entrance.

They spoke, they argued, they agreed to be escorted before the Schola.

They were led into the Sea Palace Ziggurat, along the roaring cliffs of the city. Down into the structure they went, escorted by Lighted Brothers and the pale-faced Paean of a Wished-For Exultancy. They were led into a sand-bottomed stone pit surrounded by a small amphitheater. They surrendered their obvious weapons, which were taken back the way they’d come.

A grey-robed man descended into the pit to speak with them and began to ask them to explain what had happened. They exclaimed that they were assured they were meant to be seen by the Schola. In disbelief, he asked them to reaffirm that they didn’t want to deal with him and his shaved head and boar-skulled tattoo, but with the Schola instead? 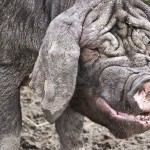 After he had left, a red-robed figure descended and glared at them over the edge of the pit as an enormous, fat, flesh-folded black boar woke from slumber and began to snuffle them and blindly accept Sanction’s love and apples. 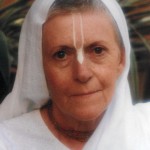 The Schola asked them about what happened, and the increasingly-disturbed man in the red robe with the red lips and the red eyes told the truth about their lies greedily, and with increasing drool.

Eventually, she declared a strange sentence, “Lead them to consult with the Imperial Legate,” she declared to Paean. The Paean complied, her fan nervously furling and unfurling, the flesh of her right hand flushing alternately bloody and pale.

Up and up through the barred stone doorways of the Ziggurat. Eventually, they ended up in the Schola’s Broken Treasury.

Chain found a set of Speaking Masks from the 1st Age that once were used to communicate instantly across the wide miles of Creation.

Onyx examined a set of broken statues, each effaced in some terrible manner.

Sanction listened to the broken and drunken song of the Imperial Legate chained in the oval depression in the middle of the room.

The statue of the Lady of changes had her belly chiseled out, and when Onyx broke her heart open, there was no crystal egg of Autochthon to be found.

The eventual cries of the Legate turned into imprecations, and a begging for death. Denied an end, he began to speak of a dark figure with a Boar tabard reading curses and dark truths like tainted blood. As he spoke the beginning of these imprecations, the darkness of the room closed in, as if to devour them.

He tried to conjure the fire that was his blood, and it formed the black faces of boars, biting at his flesh. Onyx used the power of Earth to extinguish the flames. Eventually, they put the legate out of his misery.

They used the faceless statue of the Legionnaire to batter their way out of the room, to find the Lighted Brothers guarding the hall slumped and dead. The skinny, blond-haired sneaky fellow they’d met and forgotten all about in the Amphitheater was there, beckoning them to another open doorway.

“Why are you helping us?” he was asked.

He shrugged, “I’m playing a game of save the Princess,” and his gaze ran over them. “This way…”

They went out onto the Ziggurat in the warm seaside dark, weaponless (except for Sanction, whom no one thought to ask for his staff… probably for a very long time now!).

On the steps, many Lighted Brothers ascended, lamps swinging, ready to stop the Exalted at any cost.

And when fire threatened to rain down from atop the Ziggurat, they fled down, into the dark until they were found by a white eagle, leading them into a small grove of apricot trees, their boughs heavy and leaking amber sap.