Events are interpreted through the storyteller’s glassy and sarcastic gaze, and the spirit more than individual events are striven to be represented

The grassy plains around Haven are hot and flat. The grass rolls away from the town, unimpressed even with the inappropriately beautiful bridges spanning the river that someone in the group nicknamed ‘the Sludgewater’.

Chain and Oakskin were met, sundazed, on the northern bridge, its wide grey expanse throwing the sun back at them and shimmering. Brother Splendid Fatter Abundant had been preparing himself to prepare them for whatever preparation was required for what it was they were to do in town which he had either not been told or forgotten. Maybe he had just been drinking wine.

He led them across the big Main Street of the dusty little clapboard town. The unrelieved hot of afternoon was upon the place in this season of Fire, and the wise locals were not in sight. Down a side street, butting up against a cabbage patch was … a very unlikely building. Made of wattle and daub with thick cathedral walls, the inn was on both sides of the end of the street, and bridged the second story with heavy timber and plaster construciton.

Inside was even more unlikely. The thick walls must be lined with brick or stone because there was a coolness filling the place between its little fireplace lined with rocking chairs and the bar made of volcanic stone. The soft grey floor tiles offset the many-colored plastering and brown support beams of the place.

On the bar were a bowl marked “pay” and a clay pot with a dipper and many mason jar glasses labeled “Wine” in all the great languages of Creation.

The diminuitive inkeeper, Gravy, greeted them, bade them welcome while he went into the kitchen and finished… apparently rolling himself in flour. Chain found the remarkable bath room with its sunken tub and pull-chain dragon mouth pouring cold water. Oakskin began sipping the fortified wine.

On the other side of town, the contrast of the dour Onyx and the bright Sanction could not be more obvious in their dress and demeanor as the larger one hulked down away from the sun under layers of drab clothing, and Sanction stood tall and wrinkled, staring around at the wide, wide world.

A crone somehow surprised them, having evidently come up the road behind them. After some small talk, she asked if they would take a large sack of tangerines to the Innkeep, Mr. Gravy. Her sharp tongue was tempered by the sweet tang of the tangerines she offered them to eat freely from her surprisingly-heavy sack.

There was a small misunderstanding with the tall, extremely soft-spoken pastry chef when he discovered Chain curled up on the bottom of the bath, not breathing. Oakskin reminded him that perhaps pretending to breathe air instead of water might be useful when in public areas. But the water had just been so cold and so clean… who would want to do that?

Sanction and Onyx arrived and after more time than you might imagine possible, Chain realized they must be the pair (and the only other people in the room) he had been told to look out for by the Night Driver.

After introductions and some observations by a light-voiced Oakskin that Onyx and Sanction argued like family, the group devoured lamb appetizers and shepherds pie, everyone impressed by Sanction’s ability to cause both food and drink to seemingly disappear. He must be a magician indeed! 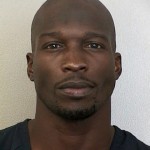 Leaving the Inn (no name, just ‘The Inn’), they crossed town to the Sherrif’s big house, which seemed to be office, jail and home. They met the tall, handsome, dark Kannil Marris, and his son, the deputy. The discovered that Grayn Ghostblood had been jailed for assault, having been in a brawl at the Inn a few days before – also for failing to complete his contract, since Haven’s ghost problem was worse than ever. The Sherrif agreed with Onyx that he would like to be rid of Ghostblood, but could not release him without a writ from the Mayer, Mnemnon Kalix.

The got into the cell area, and a brusque Ghostblood split his time between trying to explain how stupid everyone in Haven was, how it wasn’t his fault that the ghosts were all crazy because he’d done his job, and arguing with some very unhappy, very critical dead family member.

That night in the inn, road-weary, they settled into their ridiculously pleasant rooms. Chain’s linens had been thoroughly prepared and scented by Brother Splendid.

In the night, they discovered that the hauntings were not confined to the schoolhouse as Grayn had intimated. There was a banging door. When Onyx investigated, there was an old corn silk doll blocking the way and the “wind” was banging the door open and shut. When the doll was retrieved, Sanction caught a glimpse of a woman pushing past Onyx shouting, “Just stop it and GET OUT!!” and the door slammed hard, and seemed to be jammed with Chain and Oakskin on the other side.

Sanction destroyed the corn silk doll while Chain and Oakskin discovered a chilling hand print on the door sliding down to the knob. They decided to go across the Bridge of the Inn and come in the other door. Outside, in the silent and prickly night they heard someone calling, “heeeeere kitty. Heeeeeere, kitty kitty,” and then silence.

Under Sanction’s supervisions, they prepared a feast offering to quiet the dead, sacrificing a good amount of the Inn’s prepared provisions and the pastry chef’s many failed attempts to produce animal muffins.

Just before the ritual ended, Chain followed the sound of running water into the Bath Room (“Hospitality!”). Setting down his candle to bend down and look at the hair that was floating on the surface of the water, a “breeze” blew out the candle and in the last flash of light, he saw a woman’s face screaming up at him from under the water. The hair was still there, but there was no woman in the tub.

The hurriedly finished the calming ritual and eventually went back to bed. The rest of the night, for them, was uneventful.

In the morning, they went to the Gods’ monument in the center of town. The headless stone statue of someone that must have been important gestured toward the massive bronze doors, marked with the Gods’ caligraphy, deep green with age and verdigris. 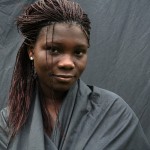 The Mayor’s part-time secretary, Sweetwife Highgrass offered to help them, but on hearing their business, the mayor’s deep voice boomed in from the next room, “SEND THEM IN”.

In the unrelieved severity of his massive office, Mnemnon spoke to them with the back of his tall black cassock to them. He was well a head and shoulders taller than any of them, with long black hair and very pale skin. He told them how disappointed he was in Ghostblood, but if they were willing, as Onyx again offered, to face the town’s ghost problem and solve it, he would be willing to release Grayn to them.

Returning to his desk, he looked at each of them, piercingly with his slate eyes, noting how the weight of the secrets each of us carries may be what drags us all down. There was a suprisingly deep moment of communal silence as he finished the writ and handed it off to them.

The retrieved Grayn Ghostblood, had some more exceedingly good mint and honey tea (mint from the old woman, Mouthsong, whom Onyx and Sanction had already met) with the Sherrif and his Deputy. Sherrif Kannil offered any assistance he could provide that would get them more quickly out of Haven, hopefully with Haven’s little problem solved.

In a conversation with Grayn, he reiterated that he had no idea what the dead were going on about except some broken Manse, “and do you see a freakin’ manse around here anywhere? Fucking dead people….” Grayn also let them know that he had actually tried to leave town 2 or 3 times, only to end up back in the town, getting drunker and drunker with each attempt. That was how he ended up in a brawl with the disgruntled townsfolk. It did sound a little bit like he was not… completely to blame.

They decided to go out and find Mouthsong and speak with her as one of the oldest living residents of Haven to see if she had any insight. And since she also seemed to have… surprisingly good produce.

On their way out of town to the south, with the curious snakes of the bridge watching them, they stopped to speak with the steel-haired, strong-shouldered man sweeping the bridge. As he waxed philosophical and spoke about a legend of a lake and a palace somewhere outside of town, Onyx endearlingly confronted him about being the world’s most overly-talkative sweeper, wasting their time while they were crossing the bridge.

It came out then that he was the bridge-maker, Builder Grey. He gave them directions based on 2 smaller but more elaborate bridges, out to the home of Mouthsong. It came out that his wife, whom Chain had flirted with shamelessly, was Sweetwife Highgrass, the schoolmistress and part-time secretary to the Mayor.

Arriving at Mouthsong’s home, amid its gardens and ancient olive trees, they found the lady of the house sharp, surprised to see them, and a purveyor of very good hot tea. As they began to ask her about a Manse near Haven, they noticed for the first time that Grayn was not with them, and that in fact, they hadn’t seen him since they struck up their conversation with Builder as he cleaned the wheel ruts in the road (for surely, there was some great backlog of cart traffic headed for Haven?).

Mouthsong confirmed that she believed there had been a lake with … what could have been a manse atop it outside of town, giving them the name Stamper, who was the farmer whose land might be nearest that site.