From the Forests of the East, to the Sand Kingdoms of the fire lands of the South, to the Infinite Plains of the SouthEast, the Endless Caravan winds its way in all the sunlands of Creation. 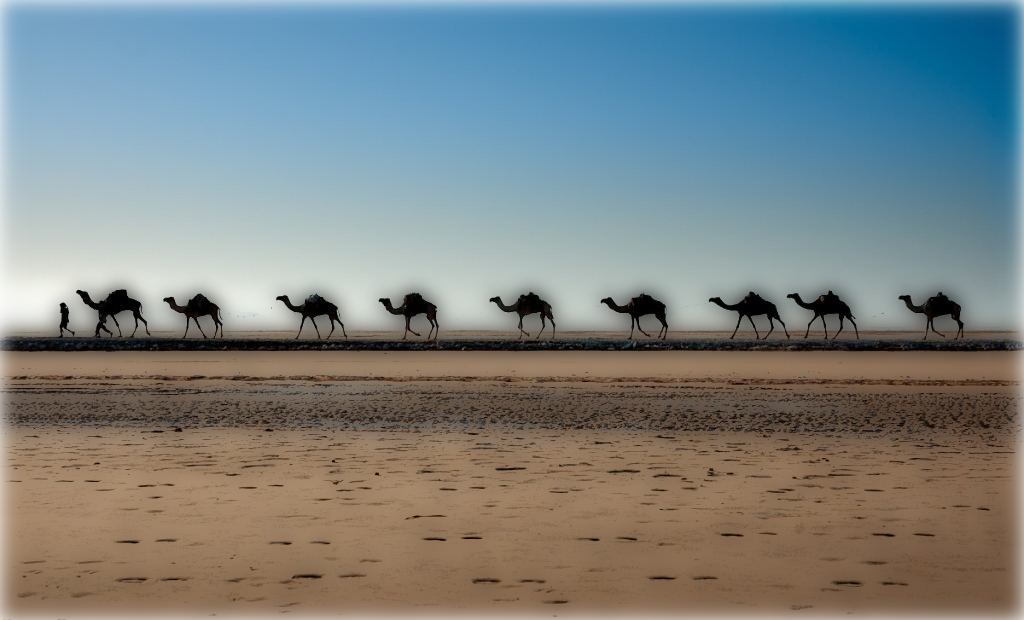 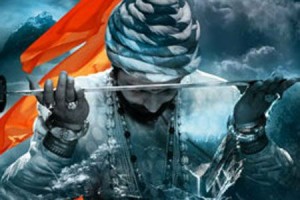 The Caravan Master is Euphimonious Trade. No one is certain how long he has been running the Caravan, but some say it is since the dawn of this Age – that he is favored of certain wise spirits in the forests of the East who brew Elixers to leech the years from him. Some say he is an ancient Exalted from the Age of Glory, cursed by the Maiden of Journeys for failing to pay her proper homage, and that should the Caravan ever truly stop, he will die. Others say his is only a family name, and that the sons of the sons of the original Caravan Master have run the caravan over the generations, each taking the name of their father.

He is a massive man, head and shoulders above even the ebony warriors of the Infinite Plains. He is said to be able to smell lies as well as he can a bargain. He is said to be hard, but fair, and that he knows every merchant and lord in all the kingdoms, and many of the invisible spirit folk and demons besides, and trades with them richly.

Over the last decade, the Green Sea, an endless and largely uninhabited grassland between the Infinite Plains and the Sand Kingdoms, has become increasingly dangerous not only for the shepherds there, but for everyone – from Imperial Legions to, most recently, the Endless Caravan itself.

To that cause, and perhaps for reasons of his fabled curse, the Caravan Master has decided that the Endless Caravan will truly not pause for its journey across the Green Sea. To that end, he has hired a Night Driver and a host of extra Orix and water buffalos to pull the creaking Caravan on under the eyes of the Lady of Changes and the Maidens of the Stars.

The Night driver was charged with hiring his own crew for the shepherding and protection of the Caravan. The regular outriders and guards of the Caravan will rest by day, and leave the safe passage through the Green Sea to the Night driver and his … new coterie, a Night Guard. 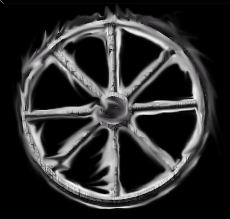 You have been found, selected, and hired by the quiet, hidden figure of the Night Driver or, well, their lieutenant, Chain.

You have been dubbed The Night Guard, and given a small badge showing a white wagon wheel on a black field to identify you. You will defend the night passage of the Caravan across the Green Sea while the caravan’s guards proper get their rest.

This game is set in a loose version of the Exalted 2nd Edition game system and universe. I have pre-made characters for this game (see below). It doesn’t matter if you know the system or not – it’s pretty easy. I’m more interested in exploring how we work as a storytelling group, and exploring roleplaying dynamics. Feel free to check out the rules and bring as many d10s as you can scrounge. 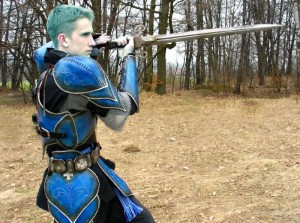 Chain is quite young for such a position as Lieutenant to the Night Driver of the Endless Caravan.

The surety of their movements and the casual richness of their armor hint at a wholly different age and experience. Their armor is fine enameled blue plate that nearly matches his short-cropped hair. Their skin, too, has a bluish cast, especially in the shadows around their eyes and under the chin.

Their visage belies a taste of Imperial parentage, but the depth of his eyes and his low-Imperial speech speak of something else.

Garbed in layers of cloth and silk, draped with talismans, this magus was hired by the Caravan Master to secure a safer, luckier passage through the Green Desert, with its undetermined dangers. The Magician is not the kind of man who works Emerald Sorcery, but he deals in knowledge, in spirits and charms and quite possibly has absolutely no real powers whatsoever.

He has been around Creation for a while, and intends to be around it for a while longer. He has friends – and enemies – possibly everywhere. He has many secrets, which he does not attempt to hide.

You’d be a good person to play Sanction if you are gregarious, enjoy making things up, have a quick mind and a sense of humor. 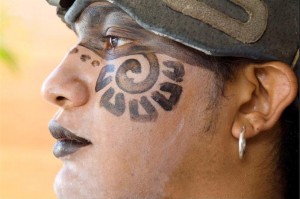 Said to have been given his freedom for extraordinary services rendered to one of the Sand Princes, the smooth-faced, veiled eunuch is serious, heavily armed and no-nonsense.

Tutored in the ancient combat arts of the Exalted, the Eunuch is a skilled combatant, swift as a cobra, and a quiet thinker, who is always probing to understand the true meaning of the world.

You’d be a good person to play Onyx if you like having a secret, enjoy high-flying martial arts and occasionally have a kind but sarcastic wit. 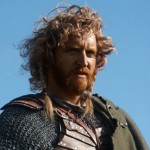 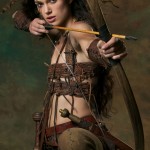 Long-haired, bright-eyed, a tracker and a scout, a runner.

Open, friendly, but seemingly without concern for the past and the future, the Tracker is an open secret.

You’d enjoy playing Oakskin if you like having visions, secret identities and trying to unravel mysteries. And being able to run really fast. 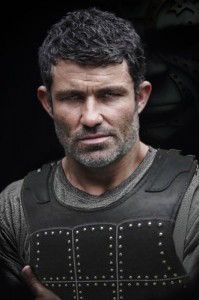 His father was an Exalted so powerful, his spirit remained after his death to battle for his kingdom and family. The night the invasion of wild men and creatures finally ended, he went home to his wife, bloody from defending home and family. So great was their love that his spirit laid with her for a night before the rising sun drove him into mist and the Underworld.

Grayn is something of a legend in the Fire Kingdoms of the far west, where he was instrumental in driving back the power of the terrible Ghost Mask. He has the power to find and interact with the spirits of the dead.

You’d enjoy Grayn if you like having power over, links to, and interests in the Spirit World, and having some fun personality quirks.