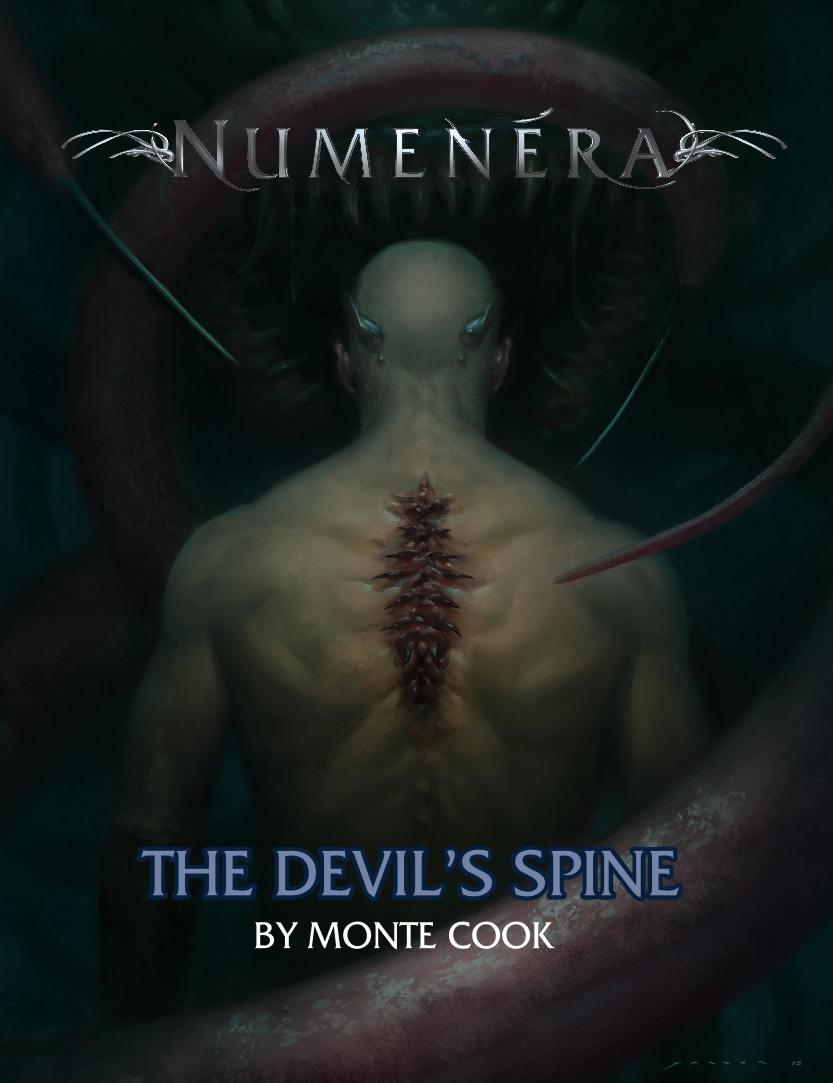 [learn_more caption=”Jack and Hasver made their way to Uxphon”] The strange red-and-black-striped dirigible was probably alive. That’s what you decided after half a week among its small staterooms.

It had a smell to it that wasn’t unpleasant but that seemed to accrue over days as the smell of a faithful beast does.

The small larder was stocked with basic but very decent foodstuffs, and there was an observatory out the back that proved quite pleasant for smoking, exercising a bit, and eating while the word floated by below like a strange boardgame.

There were stories shared between the two men (which is to say, a mixture of lies and the truth), and although Hasver and Jack did not share the common background and rapport that Hasver had with the missing Thom, they had an easier time simply talking, which was a different sort of pleasure.

Such quiet times have a way of ending precipitously. This one was no exception.

The dirigible was grounded early by one of the Steadfast’s Dragon Fliers.

It seems that war was marching its shadow across the Steadfast. The Amber Pope has declared a crusade against the heretical Gaians in the Skycrystal Cloud Fields of the north. Flying over the steadfast – except at the behest of the Governments of the Papacy was forbidden. Your message detail didn’t qualify. Jack’s smile and wit did get you to the large city of Uxphon, however, instead of stranded in the mountains, which was nice.

The greeting at Uxphon’s weird pipe-organ Cathedral of Truth was… less than you were expecting. It essentially amounted to, “Thank you for the messages, we will pass them on. Haveaniceday,” and a door slamming.

Neither man knew much about Uxphon, and they caught up on the locality at a small guesthouse on the imaginatively-named Pipe Street that runs atop one of the great pipes spanning the city. The mistress of the house, whose name they never quite got, seemed effused to have them, and suggested drinks and an evening meal. 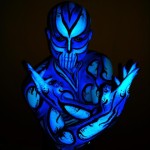 Over dinner at the tavern below Pipe Street Guesthouse, a few local workmen ate in muted rowdiness, muted even mutier by the arrival of a very tall, extremely thin blue man covered in jewelry. Why he chose to eat at such an inauspicious establishment was anyone’s guess. He and Hasver had a short conversation about the pipes and their glittering domes and what manner of Numenera they were. The man, known as Om the Orsbergian , seemed quite knowledgeable and offered that his home was just down the way and he was always available for consultation.

What they discovered from the uninteresting barwoman was that the city was an absolute Aristocracy, which meant immediately to Jack: cozy up to an Aristocrat for protection. Fortunately, one of Jack’s old college instructors, Baron Tichronus, had a manor in Uxphon. Jack hadn’t exactly been a brilliant student, but he did know that he had been a memorable student. There was movement in the streets at night – men going north.

In the morning, they headed for the Tichronus estate, which was only 3 “junctions” away (how they measure distance in Uxphon). [/learn_more]

Uxphon sits in a defile in the Black Riage mountains called Deathwater Canyon. Many pipes of all sizes run out of the earth and the canyon walls, through the city, and back into the rock. 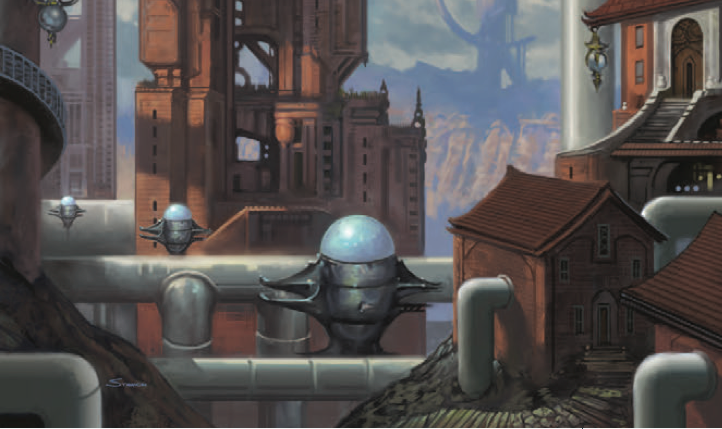 Hasver and Jack made their way through the city, in the blue glow of the junction caps while the sun struggled to top the rim of the canyon before noon.

The Tichronus estate was a gorgeous set of hand-built stone buildings set around a pond on a comfortable estate bounded by pipes and the cliff walls. 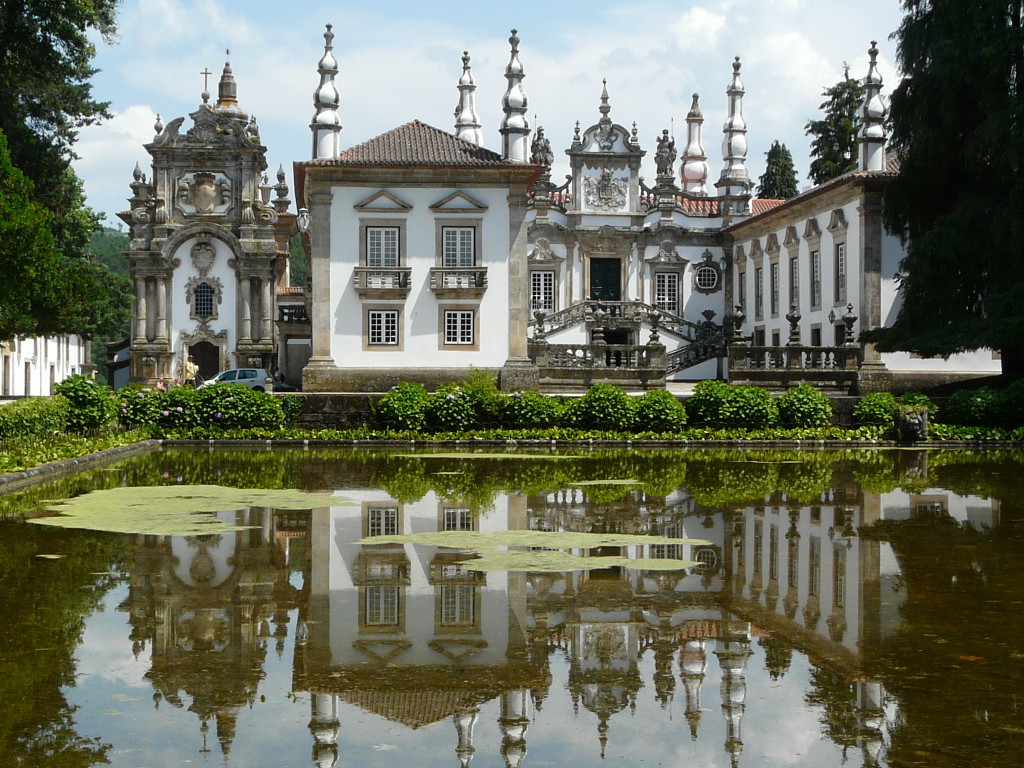 Jack used his former studentship under the Baron at University to get them past the gate guard, and onto the grounds, bringing the young Nano, Takir, with them from where a small work queue had formed outside the gate (and away from the obvious ruffians who had lined up behind him).

They waited by a pair of overpacked Thurden (local riding beasts- strong, but fast & skittish). 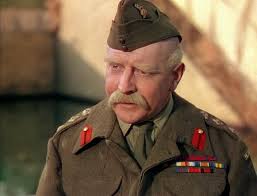 The old baron, round and bursting out of his old uniform, came bounding down the stairs to greet Jack with rough and ribald warmth.

While they helped the Baron repack his overburdened Thurden, he spoke to them of a meeting of marshals and the nobility of Uxphon that he needed to attend. He would return as soon as he could. Until then, his estate manager Dolain could get their man some work and perhaps something for them to get up to.

“I’ve got to get going now, ‘Jack’,” the Baron grinned, “Go inside and tell Dolain about looking for something to do – ” and he smiled under his walrus moustache, “and tell him I said to be nice.”

Riding out of the compound at speed, the Baron’s Thurden lashed aside one of the ruffians who rushed forward to stop the Baron and get his attention.

The man crumpled against the wall across the street, and Hasver made his way over and… convinced the gate guard, Liam, to go and get treatment for the sod.

Inside, they ran into the disturbing force of nature that is Dolain, Tichronus’ house steward. Altered by surgery, makeup and a series of very interesting fashion choices, Dolain presented a supremely self-aware vision of a man with massive control issues.

The “2” servants on the estate were revealed to be Servilan and Skiavos, who actually turned out to be somewhere between 8 and 12 Servilan and 3-5 Skiavos. The Servilan were intensely made-up women hired because of an obvious resemblance and then dressed identically, and given identical hair dye and haircuts. The Skiavos were completely shaved with olive skin and similar features and dressed in over-shouldered uniforms that came down to a bound waist.

Jack convinced Dolain that the group were clearly meant to stay in the Manor. Dolain flounced quickly through the manor, showing them the rooms, and then abandoned them to the care of Servilan (the amber-eyed Ann Servilan, they decided) who showed them to their rooms. They set about unpacking and generally rearranging the disturbingly identical rooms. Takir came out of his room and asked Jack if he could look around Jack’s room. When Jack assented, and after Takir had extended his arms creepily and the air about him seemed to blur like heat shimmer on a long day, Jack got from Takir what he was about. Apparently, Takir sensed no active Numenera in the rooms, but something in the area set a chill in him. Hasver’s room was similarly clear, but Takir seemed uncomfited by this discovery.

They took a tour of the grounds, which included the stables (where the Skiavos slept) among the trees against the cliff, and a storage shed across from the pond concealed by a smaller Pipe and some very healthy azaleas.

Inside, they investigated the Foyer, looked into the Tower that contained Tichronus’ study, enjoyed a sit in the Sitting Room, and generally plotted with the various Servilan to individually identify them. Jack inadvertently surprised two of them (as yet not seen together) in the kitchen. One of them shrieked and fled into the walk-in pantry. The remaining (Serva) Servilan resisted some of Jack’s attempts at liberation for them, but seemed delighted by the attempt.

In the long warmth of the afternoon, Dolain reappared, lit deliberately by a silver tray held by a Skiavos (also holding a cloth-of-gold box). He announced that the Master required him, as apparently the war had already begun, and the Baron had to go and simply could not get on without him, so he needed to depart at once. (He adjusted the silver light from the mirror to flatter his large nose.)

The box was revealed to hold 100 Shin which he was giving into the care of young Mister Takir for expenses for the Estate which would need to be accounted for in a heavy ledger beneath the box. With that, the strange steward clapped his hands, summoning one or more of the Servilan and Skiavos to attend him and flounced away, leaving the estate in their hands for whatever short time he and the Baron would be absent.

While they were taking their afternoon rest, Servilan appeared with a note for Takir on Fuscia paper. The young Nano had no idea who the sender was nor how anyone would know he was in Uxphon at all.

After the Lily weeps, and the colors burn, and ruined love meets its fate, You will be able to find me, Takir. -Sabazia

After the support and encouragement from the group, the Servilan whipped up a special meal including many remarkable delicacies of drink and food from the Baron’s personal collection. Although they would not join the new masters of the Manor for dinner, they did come through one at a time at the end and toast them.

Once dinner had passed, the group decided to go into Tower Study and poke around. The shelves were covered in books on hunting and war – the only 2 topics the Baron apparently had any interest in. Since Dolain had mentioned that one of the gauntlets that worked the gates and the door into the Pipes were kept in a false book in the Study, they were determined to find it soon. Otherwise – how would they get off the grounds?

Assiduously avoiding the papers gathered on the desk to preserve the Baron’s privacy, Hasver settled down with a book that promised great information on the Gaians and the Skycrystal fields while Jack and Takir took to their search.

An hour or so into their slightly drunken work, they were interrupted by a great booming from the Foyer. They found one of the Servilans looking frightened and staring at the entrance. When Jack nodded to her, she rushed across the room with Jack sweeping down the rug in his resplendent red shoes. Takir came after, cautious, hands open and posture dangerous.

Hasver stopped in the door to the tower, looking intently at… something… in the corner, gripping his staff tightly so that the red stripes of its light looked like blood between his gloved hands.

If anyone would like to contribute images to the game, I’m very welcoming of it. The sigil of House Tichronus is a white bulldog on a colored field.